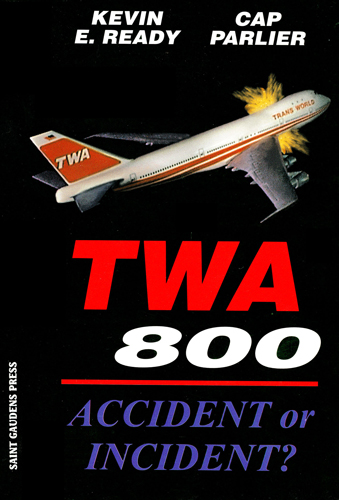 Was the TWA 800 airliner disaster an accident or act of terror. This insightful, in-depth analysis of the facts and possible alternative answers to the deadly crash.

A subordinate of Usama bin Ladin quickly took credit for the crash of TWA 800, but in the days before 9/11 most were skeptical the the Al Qaida terror group could pull off such an attack. But, there were other parties who had the will and the means to carry out such an attack. This book's detailed analysis by two knowledgeable and respected authors gives a possible alternate possibility. Did Iranian operatives bring the plane down? Was this payback for a very similar shootdown of an Iranian airliner by the US Navy. How could that happen? What secrets are yet to be told?

This book, originally written in 1998, provides detailed review of the entire TWA 800 story and its results remain as vibrant and thought-provoking as when the original print edition was published.